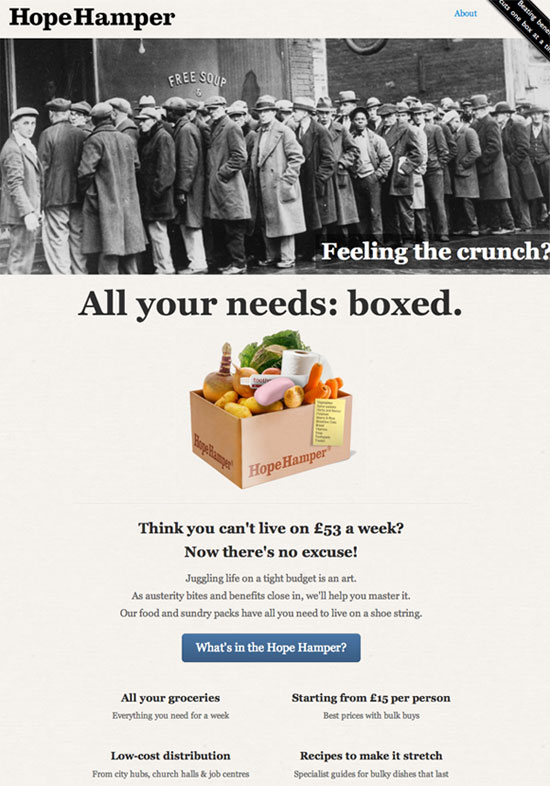 Milking the poor, or making a point?

We have just decommissioned Hope Hamper, the most recent site from the Microsplash project. The site professed to offer a brash food delivery box aimed at the very poorest.

Launched this time last year, the site saw significantly less engagement than previous outing Hackney Haute which appeared in The Guardian, the Architects’ Journal and elsewhere.

Hope Hamper was built by a team of three from the Microsplash family, including mighty diverse developer Patrick Sinclair, the deft Diogo Soares on design, and I.

We seeded it in a similar manner to Hackney Haute, dropping it into heated comments threads on newspaper websites. Discussion of the issues was particularly lively over the last year since food bank demand has become an ever more visible barometer of UK inequality.

The site didn’t take off as it might have, perhaps due to credibility, perhaps due to unfortunate online currents. We thought it might act as a totem of dismay, of greed amidst poverty, or something else to colour and fuel the debate.

It now stands as another small monument in the Microsplash gallery of websites crafted for controversy. “The microsite is a polemical form to contest the essay.”